El Quseir is a famous touristic destination located in the east of Egypt, 73 km north of Marsa Alam International Airport and 138 kilometers south of Hurghada. Inhabited for almost 5000 years, El Quseir is one of the most ancient cities of Egypt. The city faces the sea, hosting a major port specialized in transporting spices and pilgrims going to the Mecca. Today, El Quseir still keeps its old charm thanks, in part, to its historical remains scattered throughout the city. The city, however, diversified its activities to attract foreign travelers. This destination has become very popular for diving in Egypt and is perfectly suitable for a quiet family holiday dive.

El Quseir literally means “the short, in Arabic ” due to the unique ability of the port permitting the inland pilgrims to conduct the shortest voyage to Mecca conceivable via the Nile valley. The historic city of El-Quseir is a mix of colorful and rigid coral-block architecture right from the Ottoman era, which is unfortunately avoided by most tourists. We, therefore, provide a fantastical glimpse in the region of El Quseir and bring you the best things you can do in El Quseir!

The Shaykh Al-Farran Mosque is the oldest mosque in El Quseir. When visiting El Quseir, you must certainly see this place. This mosque is in the old part of the town, surrounded by old buildings, and has an old-world charm to it, which instantly transports you to a bygone era. When you enter the mosque, you are instantly greeted with carpeted floors and traditional carved wooden balconies that will catch your attention.The mosque is open for all, regardless of religion and gender, except for the time of prayer. Furthermore, it is of paramount importance to enter the mosque premises in modest attire fully covered, with shoes placed outside while entering. This is applicable to both genders and women need to cover their head when entering the premises. 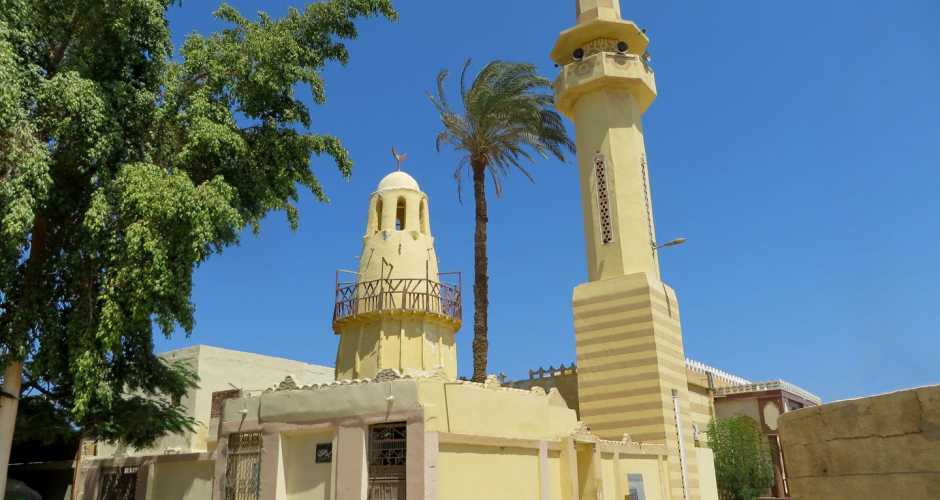 This small fortress, also known as the fort of El Quseir, was originally built by Sultan Selim I in 1571 to provide Ottoman troops with control to the port and therefore passage to Mecca. Modified several times by the French and then by the British, who permanently altered the fortress by firing some 6000 cannonballs upon it during a heated battle in the 19th century, it was used until 1975 by the Egyptian coast guard. A recent renovation has made it the best sight in town.

The Ottoman Castle located in the center of the town. Upon reaching the site, your attention will be instantly locked by the muzzles of two protruding cannons that were installed by the French to defend the town and harbor, which was strategically important back in the day for its trading and busy port. Nowadays, one can overlook the bazaars from the ramparts and check out the activities below and simply get a panoramic view of the town. 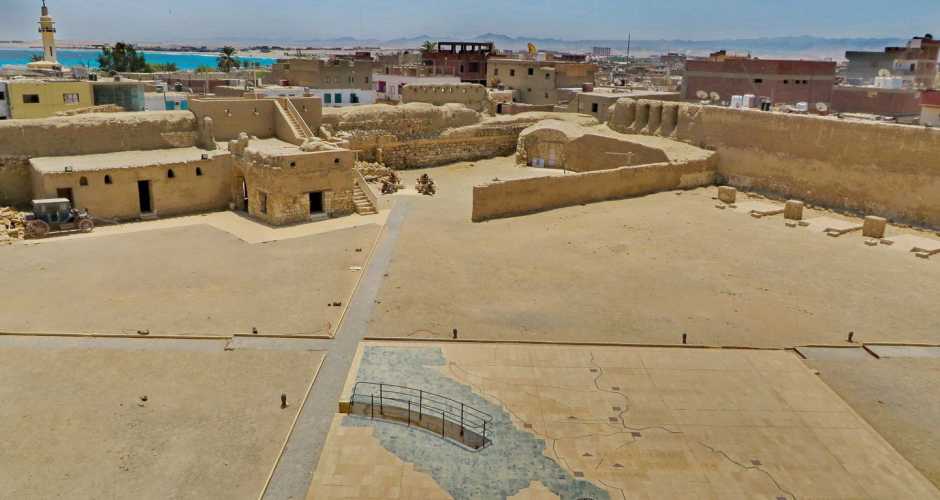 El Quseir El Qadima is a significant site to visit mainly due to its association with being an old Roman port called Myos Hormos “Mussels Harbour” in the heyday. This is the site where numerous amphora and old pottery artifacts were found, which are believed to be of Indian and Chinese origin. Even the police station is supposedly a historical site. This ancient Roman port is located 8 kilometers (5 miles) north of the city center of El Quseir. Walk through the streets of El Qadima to invoke a sense of going back in time and unearthing the history of this place, which was once an active port where pottery, slaves, wine, precious minerals, and spices were traded from India and East Africa to Europe and the Mediterranean. 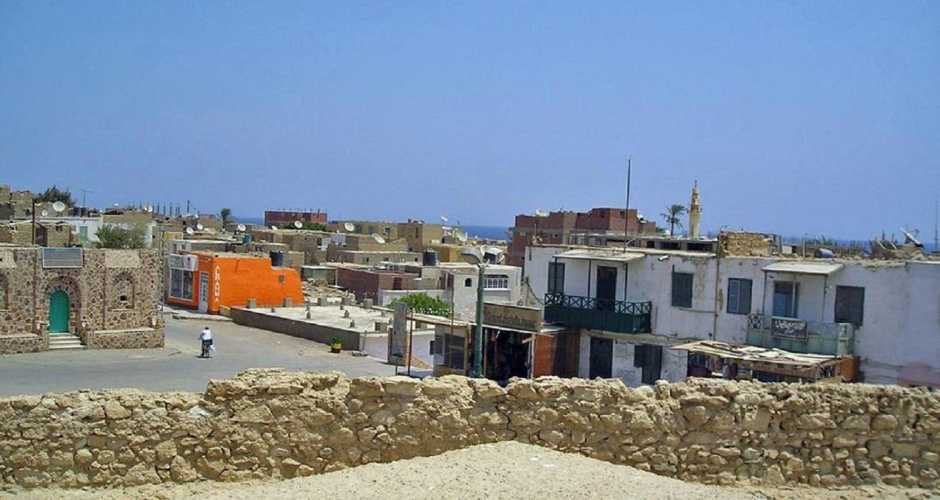 4-THE CHURCH OF THE BLESSED VIRGIN MARY

The church of the city is a piece of art and an important spiritual cen­tre. Built in 1920, the Blessed Virgin Mary and Martyr Barbara Church mesmerises visitors as soon as they set foot inside it. The main hall of the church re­flects the wonderful taste of its builders — Italian engineers who ar­rived in al-Quseir at the beginning of the 20th century to explore for phosphate. The church’s historic value mir­rors the diversity of the city, which also boasts an ancient mosque.The church is only one item in a long list of interesting places to go to in this wonderful city, 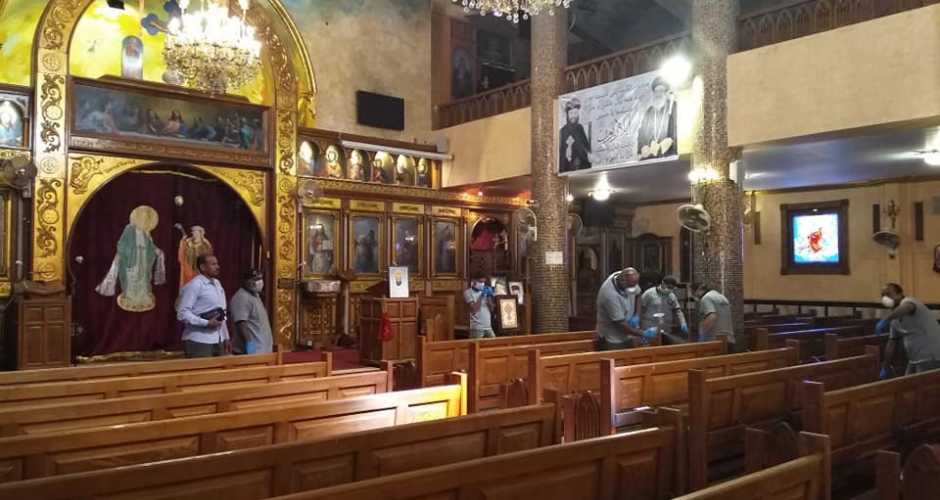 5-SHOPPING IN THE SOUK AT EL QUSEIR

Next to the Ottoman castle, you can find local souks that offer handmade goods and souvenirs that you can take back for your family and friends. Shop in the friendliest atmosphere at the traditional bazaars that sell papyrus, spices, alabaster statues, souvenirs, t-shirts, jewelry and leather goods. On Friday, the shops take on a different turn as the Bedouins come along and set up shop with their products and create a fascinating environment. 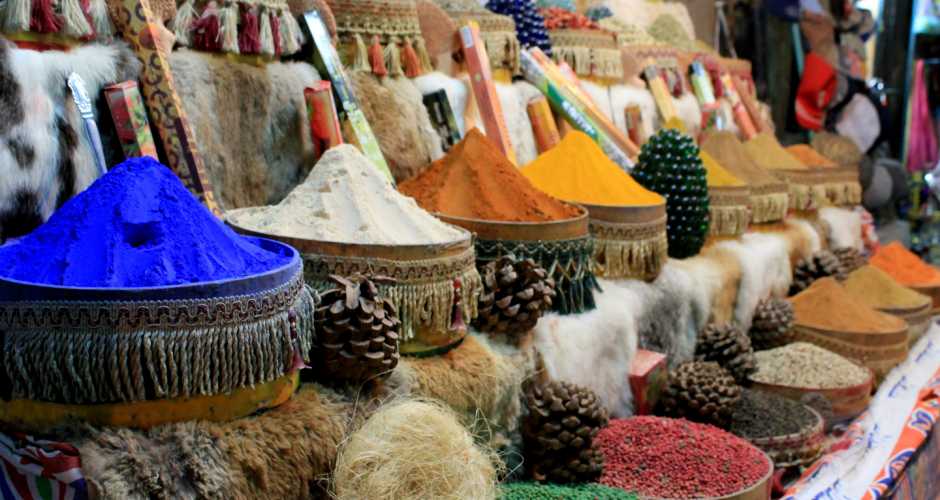 6-THE OLD POLICE STATION OF QUSEIR

The old Police station of Quseir is housed in a historic building overlooking the harbour and it was building between the 15th and 17th century, it has two stories built around an open yard. Close the main entrance there is a drinking water amphora. 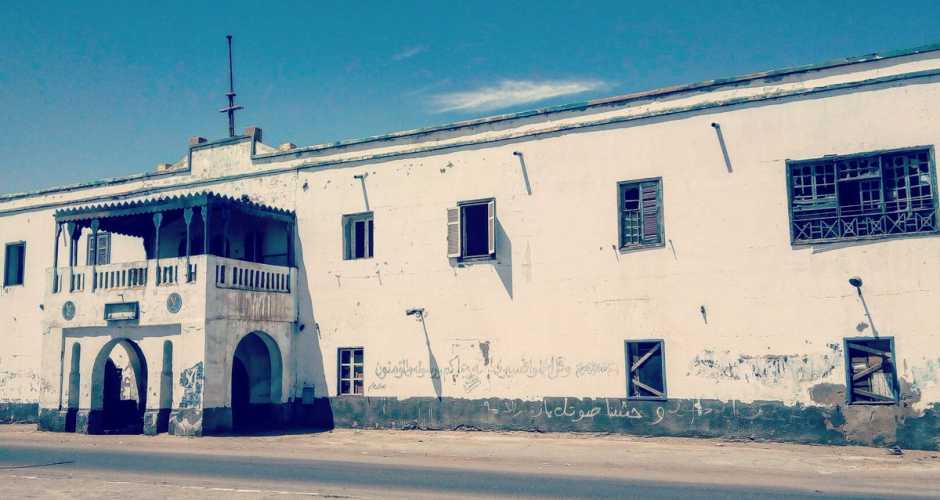 One of the most beautiful historical building of El Quseir is undoubtedly the Sheikh Tawfik House, belonging to the Chief of the Mosque, and recently restored. It is a distinguished piece of Islamic architecture characterized by a huge and well preserved mashrabya covering almost one third of its main façade. The house exemplifies one of the very successful efforts to re-use and transform an antique building into a hostel of six rooms on the upper floors and the reception space and a restaurant on the ground floor, conserving the architecture main features. This ancient house, located directly along the Cornish street overlooking the sea, renamed El Quseir Hotel is managed by Sheikh Tawfik’s nephew, Mustafa who is very proud of this project and very helpful with his clients. 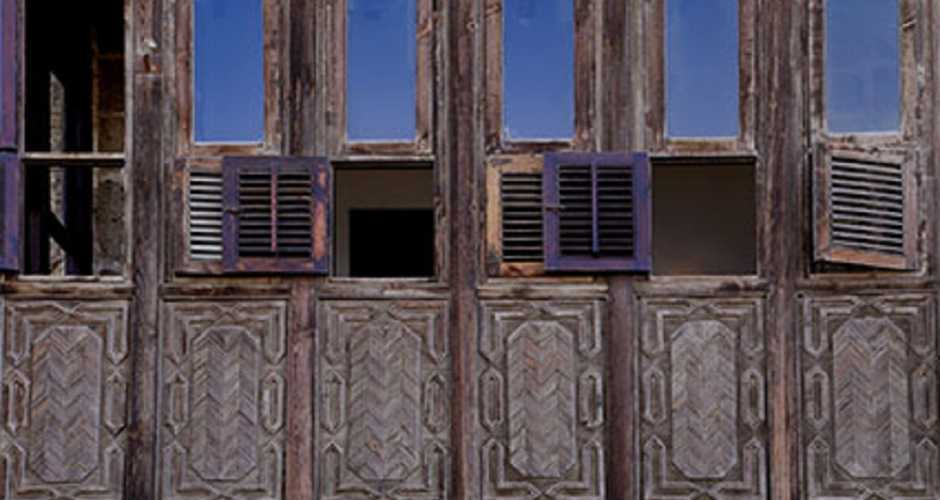 El Fardous is a waterfront restaurant, serving the best fish in Al Quseir, El Fardous has half a dozen tables, big windows onto the sea, a big cooler where you choose your fish, calamari or lobster, and some friendly waiters who will advise on what's best. No alcohol, but despite a 'no smoking' sign, the restaurant does serve shisha. 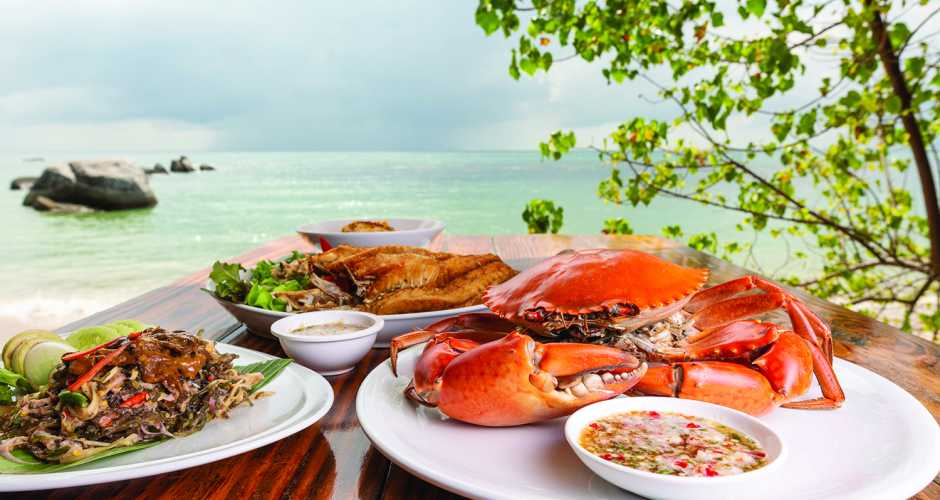 During the late 19th century, Port Said was Egypt’s city of vice and disreputable in all ways possible. Today Port Said is a popular pedestrian-only boardwalk bordering the Red Sea, delivering close proximity views for visitors to stop by and admire the local environment. Take a walk along the coastline and build up an appetite and head over to Calamaro Fish Restaurant or El Fardous Fish Restaurant. If you have had your lunch, then you can head over north to visit the Church of the Blessed Virgin Mary and the martyr Barbara. 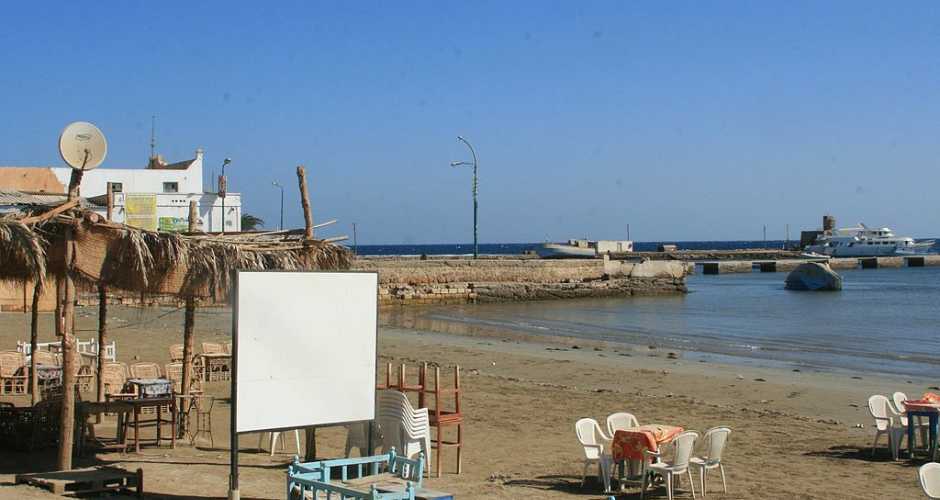 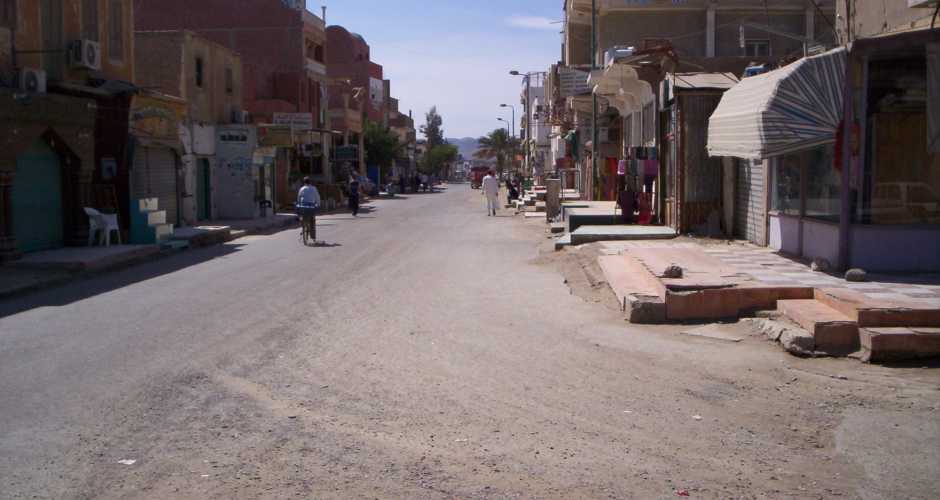