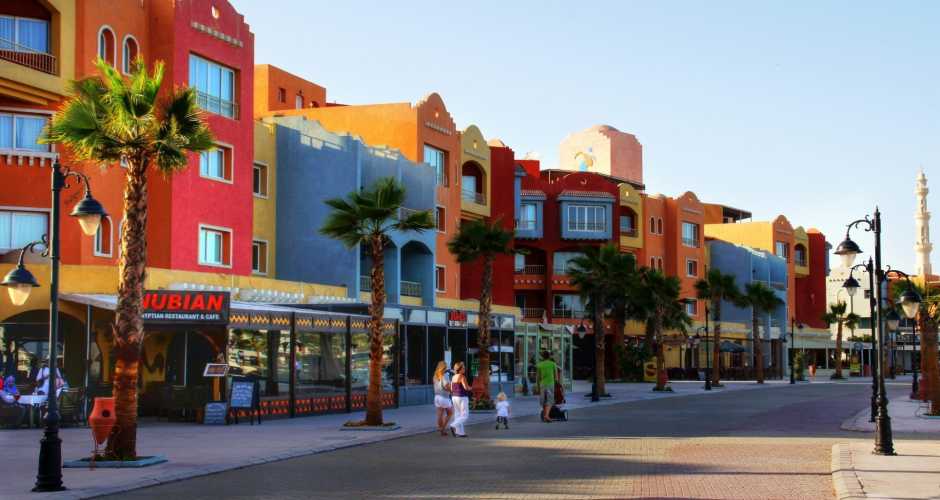 Things To Do In Hurghada

Things to do in Hurghada , discover top 10 activities in Hurghada Hurghada City is the capital of Red Sea Governorate, it is one of the most important scuba-diving tourist destinations around the world.

It is located on the western coast of the Red Sea, 500km south-east of Cairo , and stretches for about 36 kilometres (22 mi) along the seashore, and it does not reach far into the surrounding desert. Hurghada is bordered by Ras Gareb in the north, Safaga in the south, Red Sea coast in the east and Sohag and Assiut Governorates in the west.

History
It was initially developed in 1909 by British engineers engaged in oil exploration. By the 1920s a primitive. a small village was established, but development soon started to promote the town as a scuba-diving tourist destination.

Economy
Since the 1980s Hurghada has grown from a small fishing village to an internationally renowned resort town on the Red Sea Governorate. It became an international centre for aquatic sports like windsurfing, sailing, deep-sea fishing, swimming, and above all snorkelling and diving. The unique underwater gardens offshore are some of the finest in the world

Hurghada is merging  the old with the new, and  boasts some of the finest hotel chains in Villages Road  and the tourist districts  around it like Sahel Hasheesh, or north of it and El-Gouna in the south. he city is served by the Hurghada International Airport that has direct connections with several cities in Europe for more details

Population
Hurghada is inhabited by 860791 people (according to 2006 census), the majority of the inhabitants depend on tourism, and some of them work in fishing.

Like in Paradise. White sandy beach with crystal clear water. it's located in the big Giftun Island beach. Paradise Island is provided by huge parasols, bean bags and matters to lie down, restaurant and bar in which you can enjoy in belly dance and dervish performance.

Dolphin House area, where a large number of dolphins can be found, if the weather allows, you can even jump in and play with them! Experience the dolphins in their natural habitat, living away from the constraints of an artificial pool and controlled environment.

It is a nice beach for snorkelling. 56.6 km south of Hurghada , Coral reef straight at the beach.Lots of fish in many colours. Beach sandy beach, The sea and the reef are amazing, there are fish swimming around 2 m from the shore, with enough palm leaf umbrellas and sunbeds for everyone. A good place to snorkel and spend a day

Hurghada Museum is not only the first antiquities museum in al‑Bahr al‑Ahmar (Red Sea) Governorate, but also the first museum that is the result of a joint project between the Ministry of Tourism and Antiquities, al‑Bahr al‑Ahmar (Red Sea) Governorate, and the private sector. The museum is located to the south of Hurghada , near the Tourists’ Promenade and Hurghada International Airport. It occupies three‑thousand square meters on a ten‑thousand square meter property.

Starting from June 2008 Hurghada Marina offers the City of Hurghada a new look, a place where the tourist and also the residents can walk in the afternoon and breath fresh sea air at night away from the noise of Sakala without anybody disturbing, whenever you feel like having a rest on the seaside in a cosy restaurant admiring contours of fine yachts and boats

With so much action happening in the water, some travellers forget that back onshore there's an entire desert world to explore. Among Hurghada 's most popular on-the-ground things to do are quad biking, jeep expeditions, and dune buggy trips into the sand dune hinterland. You don't have to travel very far off-road from the resort town to discover the acacia tree-studded wadis (valleys), sandwiched in by red-tinged mountains, that make up most of the landscape of the Eastern Desert.

Incredible place and architecture are amazing. Open to all tourist but you must show respect as it is a religious place. A huge masjid with beautiful architecture, with fantastic towering minarets, very close to the marina, need to dress modestly when visiting as with most religious places. Also very beautiful at night with the illumination, free to visit and enter.
8-Mosque El Mina Masjid
9-EL DAHAR IN HURGHADA

The vegetable and fruit market its a must to visit its near to the El Dahar square its surrounded by a wall there is a big digital billboard telling the number of the population the entrance of the market is under this billboard. You will find the sellers are very friendly and speak different languages.

A big, beautiful church, very well maintained. It is good to see such a lovely Christian building in Egypt