Enjoy 8 days Hurghada Holiday package Includes 4 Nights all-inclusive 5-star Hotel  and 3 Nights Nile Cruise , All our hotels and Nile cruises are handpicked and our holiday experiences are designed around you.

►❤  Day 2- Hurghada-Aswan
Our representative will pick you up from the hotel in  Hurghada to Aswan Driving distance: 369 km.the itineraries for the first day will be as follows: Embarkation& Lunch on board of the Nile Cruise, proceed
Visits of Aswan including the Temple of Philae and tour by Felucca around Elephantine, the High Dam, the Unfinished Obelisk
►❤  Phiala temple:
Built to honor the goddess Isis, this was the last temple built in the classical Egyptian style. Construction began around 690 BC, and it was one of the last outposts where the goddess was worshipped.
►❤  The high dam:
Aswan High Dam is a rock-fill dam located at the northern border between Egypt and Sudan. The dam is fed by the River Nile and the reservoir forms Lake Nasser. Construction for the project began in 1960 and was completed in 1968. It was officially inaugurated in 1971.
►❤  The unfinished Obelisk
Aswan was the source of ancient Egypt’s finest granite, used to make statues and embellish temples, pyramids, and obelisks. The large unfinished obelisk in the Northern Quarries has provided valuable insight into how these monuments were created, although the full construction process is still not entirely clear. Three sides of the shaft, nearly 42m long, were completed except for the inscriptions. At 1168 tonnes, the completed obelisk would have been the single heaviest piece of stone the Egyptians ever fashioned.
12:00 lunch on board of the Cruise
Dinner &overnight on board the Cruise

Breakfast & Lunch on board the cruise.
Early Visit to Abu Simbel from Aswan
►❤  Abu Simbel temples:
The two temples of Ramses the second and the Queen Nefertari were carved out of the Mountain on the west bank of the Nile between 1274 and 1244 B.c, The Great Temple was dedicated to Ramses the second, Ra-Harakhty, Amun Ra and Ptah, with 4 Colossal statues,The second temple was dedicated to The Queen Nefertari and Goddess Hathor,the two temples were dismantled stone by stone and rebuilt on higher ground,The preservation of the two temples of Abu Simbel must Rank as the greatest Achievement of the Unesco
13:00 sail to Kom ombo
►❤  Visit The temple of Kom ombo
The temple and the associated settlement site located 40 K.m north of Aswan, the temple was dedicated to the deities Sobek and Horus  and date mainly to the Ptolemaic and Roman period(332 B.b -395 A.c)
Sail to Edfu-Overnight in Edfu
Dinner &overnight on board the Cruise
Galabyia Party.

Breakfast on the board on the Nile cruise, Breakfast on the Nile Cruise, Visit the Edfu
►❤  Edfu temple :
Upper Egyptian site dominated by a large well -Preserved temple, dedicated to the hawk-God Horus, The Construction of Ptolemaic temple of Horus, which was founded on the site of a much earlier temple, dated to the period between the reigns of Ptolemy the Third(246 B.c), The descriptions on the walls include the Myth of contending of Horus and Seth(Probably performed annually as a religious Drama.
Sail to Luxor through Esna lock
Visit Luxor temple
►❤  Luxor Temple:
Largely built by the New Kingdom Pharaoh Amenhotep the Third and Completed by King Tutankhamon and the Great King Ramses the second, The First pylon was raised by Ramses the second and Decorated  with His Military Battle of Kadesh
Dinner &overnight on board the Cruise 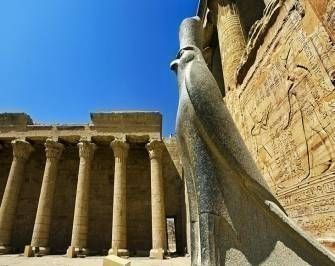 Breakfast on the board on the Nile cruise, Breakfast on the Nile Cruise, Visit the west bank of Luxor and Karnak
►❤  The valley of the kings :
Once  called the great Place of the Truth, this valley Called now the valley of the Kings, It is a Majestic domain of the Pharaohs who once lay in great stone Sarcophagi, awaiting immortality, The isolated valley behind Deir el Bahri is dominated by the Pyramid-Shaped Mountain Peak
►❤  The colossi of Memnon:
Massive  pair statues Know as the  Colossi of Memnon, Rising about 18 M from the plain, They are the remains of what once the largest  complex on the west bank, Built by Amenhotep the Third

►❤  The Queen Hatshepsut temple :
Rising out of the desert Plain, in a series of terraces, The temple of Hatshepsut Mergs with sheer limestone Cliffs of the eastern face of the Theban Mountain as if Nature herself had built this Extraordinary monument.
Overnight o board of the Cruise in Luxor
►❤  Karnak  temple :
Karnak  is more than A temple, is a spectacular Complex of Sanctuaries, Kiosks, Pylons and Obelisks, All dedicated to the Theban gods and to the Greater Glory of Egypt`s Pharaohs, Karnak  was the Most Important place for the worship of the Theban Triad(Amun, Mut, and Khonso)
Disembarkation after Breakfast. and Drive to Hurghada   all-inclusive 5-star

Discover the red sea with one of our snorkelling trips to Dolphin house or Giftun Island( Optional)
►❤  Dolphin house trip:
Dolphin house trip: from Hurghada to have an experience of snorkelling and seeing a group of dolphins will dance in front of your eyes and playing with these amazing animals, and enjoy the deliciously prepared lunch by the onboard your boat before getting back to your hotel.
►❤  Giftun snorkelling trip:
Have an amazing snorkelling adventure trip to the Island of Giftun in Hurghada . enjoy visiting the Virgin Island where you will discover the untouched nature of Giftun National Park and seeing the corals and coloured fish around the islands that you cannot see anywhere else. 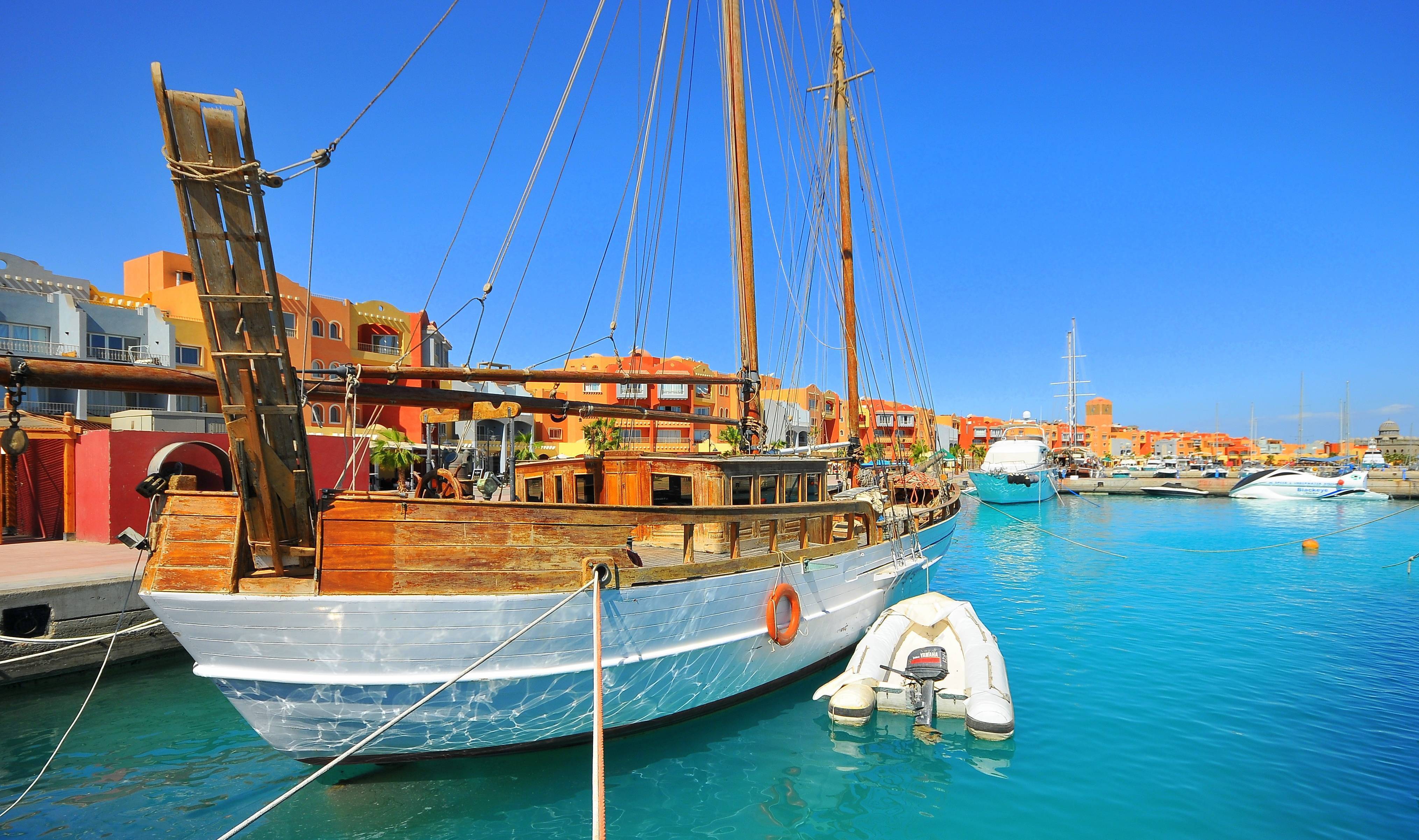 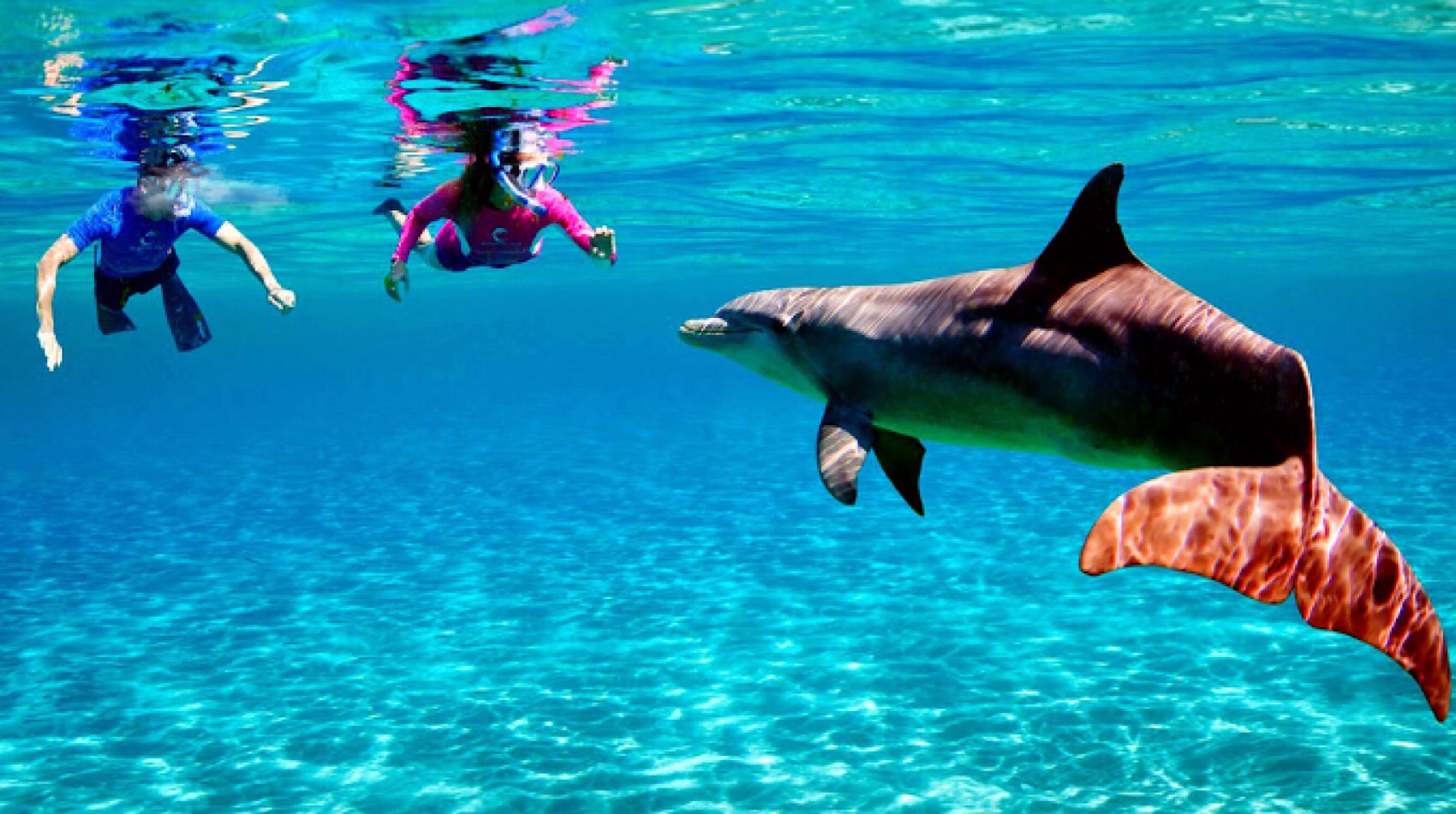