The Valley of the Queens

The Valley of the Queens, like the nearby Valley of Kings, is also an ancient royal necropolis where the wives of the great pharaohs were laid to rest from 1550 to 1070 BCE. During the time of the New Kingdom pharaohs, the area was called Ta-Set-Neferu which means “The Place of the Children of the Pharaoh”. 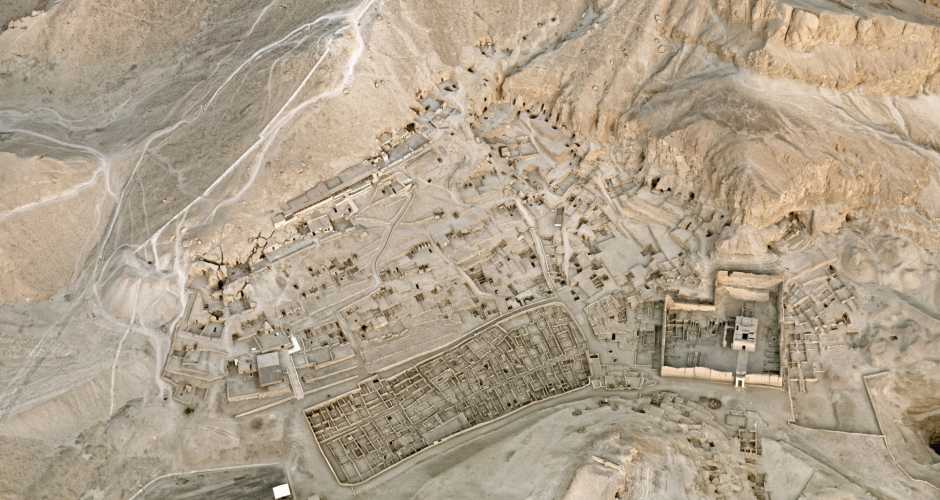 The necropolis is located on the West Bank of the Nile, more or less directly opposite the ancient capital city of Thebes, which today is the modern city of Luxor. The Valley of the Queens is home to around 70 tombs, many of which are exquisitely decorated. A prime example would be the tomb of Queen Nefetari from the 19th dynasty. Her tomb is adorned with splendid polochrome reliefs which have remained intact through the ages and can still be appreciated to this day. 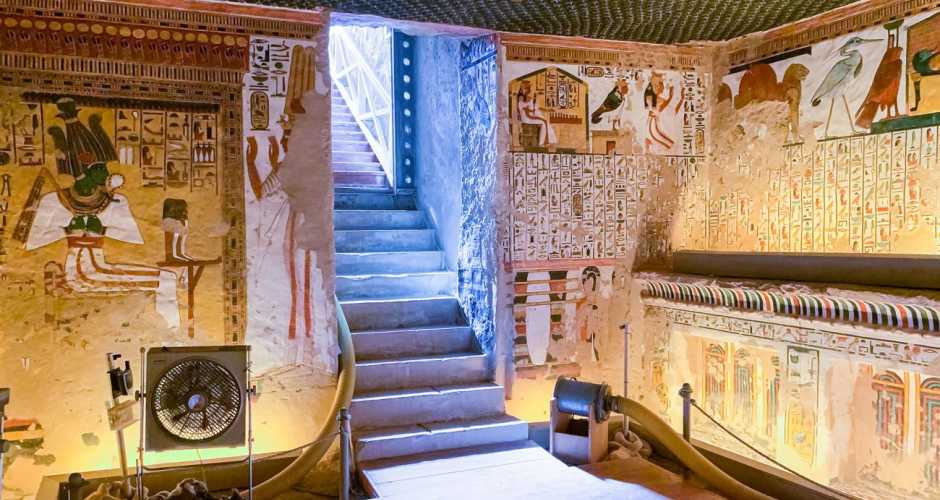 King Ramesses, I is generally credited with founding the Valley of queens. In actual fact, prior to his reign, pharaohs and their wives were always buried together. Even after this necropolis was founded, many continued with the old custom of being buried in the tombs of their husbands. Archaeologists have found a considerable amount of burial equipment for numerous royal family members, but have never managed to locate their actual tombs. The discovery of such equipment could, however, suggest that the family members were indeed buried in the valley at some point. Where their tombs are, or what happened to them remains a mystery yet to be solved. It is believed that areas, where the Valley of Kings and the Valley of Queens are located, were chosen due to their relevant isolation, while at the same time being in close proximity to Thebes which was the capital of the time. The two burial grounds also mark the transition away from traditional pyramid burials. This is when pharaohs stopped building large pyramids and mortuary temples, and instead, they chose to be buried in rock-carved tombs, presumably in an attempt to evade tomb robbers. 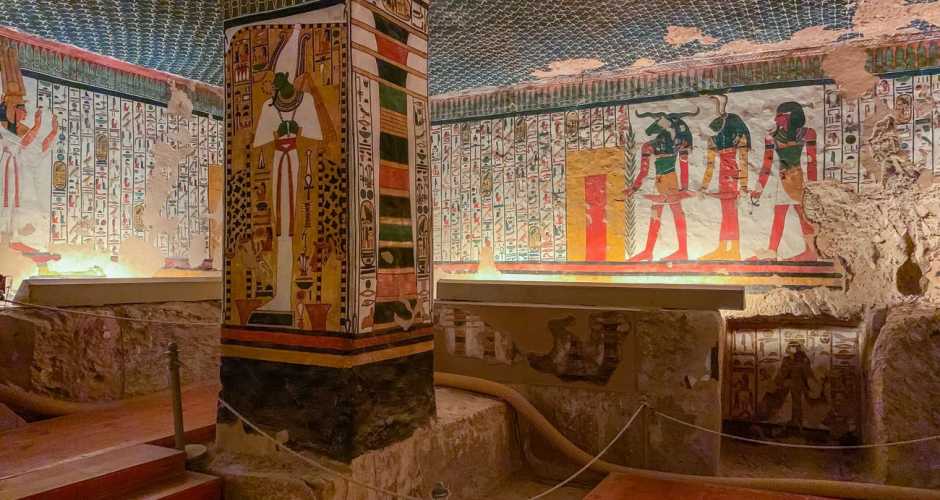 VISITING THE VALLEY OF THE QUEENS

Tourists that are intending visiting the site should keep in mind that only a limited number of tombs are open to visitors. The beautiful tomb of Queen Nefetari is not open, but special permission can be obtained from the Commercial and Event Office in Luxor for a fee. The tomb belonging to the wife of King Ramesses II is strictly off-limits altogether. This is considered to be the most beautiful tomb discovered, but because of its fragile condition, officials feel that heavy tourist traffic could cause irreparable damage. Getting to the site is relatively easy, but it can be a little bit costly if you are staying in Luxor and you’re travelling independently. At best, you could take a taxi to your nearest ferry terminal; then a ferry across to the West Bank and then a taxi to the site. Alternatively, you can take a taxi all the way, or hire a minibus which can be arranged at most hotels. If you have booked a Luxor tour package through us, or any one of our Nile cruise holidays that include spending time in Luxor, your tour will most likely already include a visit to the Valley of the Queens, in which case you’ll have a personal guide and driver to take you to the site. 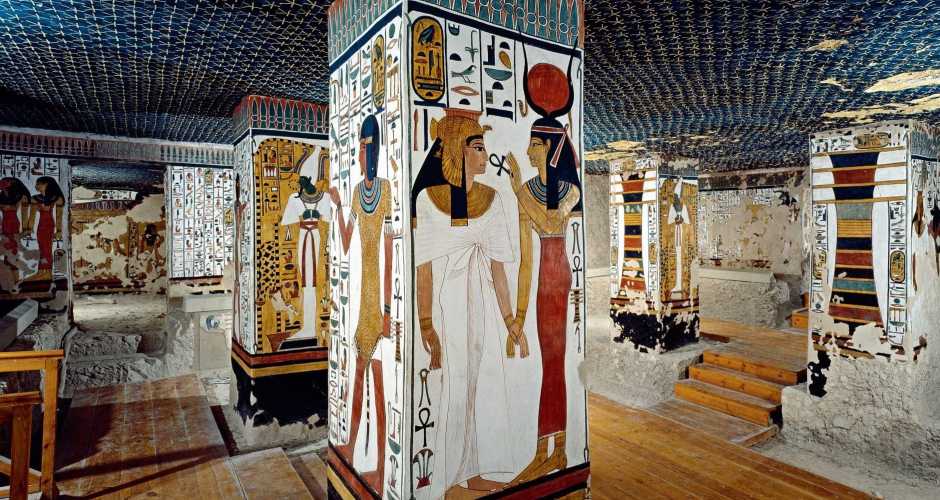 While its name suggests that the tombs were reserved for queens, there are more tombs designated to royal princes and princesses and nobles who served the royal family. The ancient Egyptians named the location Ta-Set-Neferu, traditionally translated as “the place of beauty.” Modern Egyptologists agree that another translation, “the place of the children of the pharaoh,” more accurately reflects the site’s initial purpose as an extension of the Valley of the Kings instead of a specific burial ground for royal consorts. From the first dynasties, Egyptian pharaohs erected magnificent pyramids for their burials. This practice changed in the New Kingdom, with the Eighteenth Dynasty pharaohs choosing more isolated locations for their resting places. In the cliffs west of Thebes, laborers carved simple shaft tombs with little decoration that looked more like caves than resting places for royalty. Included in the tombs were items that the dead used in their daily lives, such as furniture, clothing, and cosmetic items, for use in the afterlife.