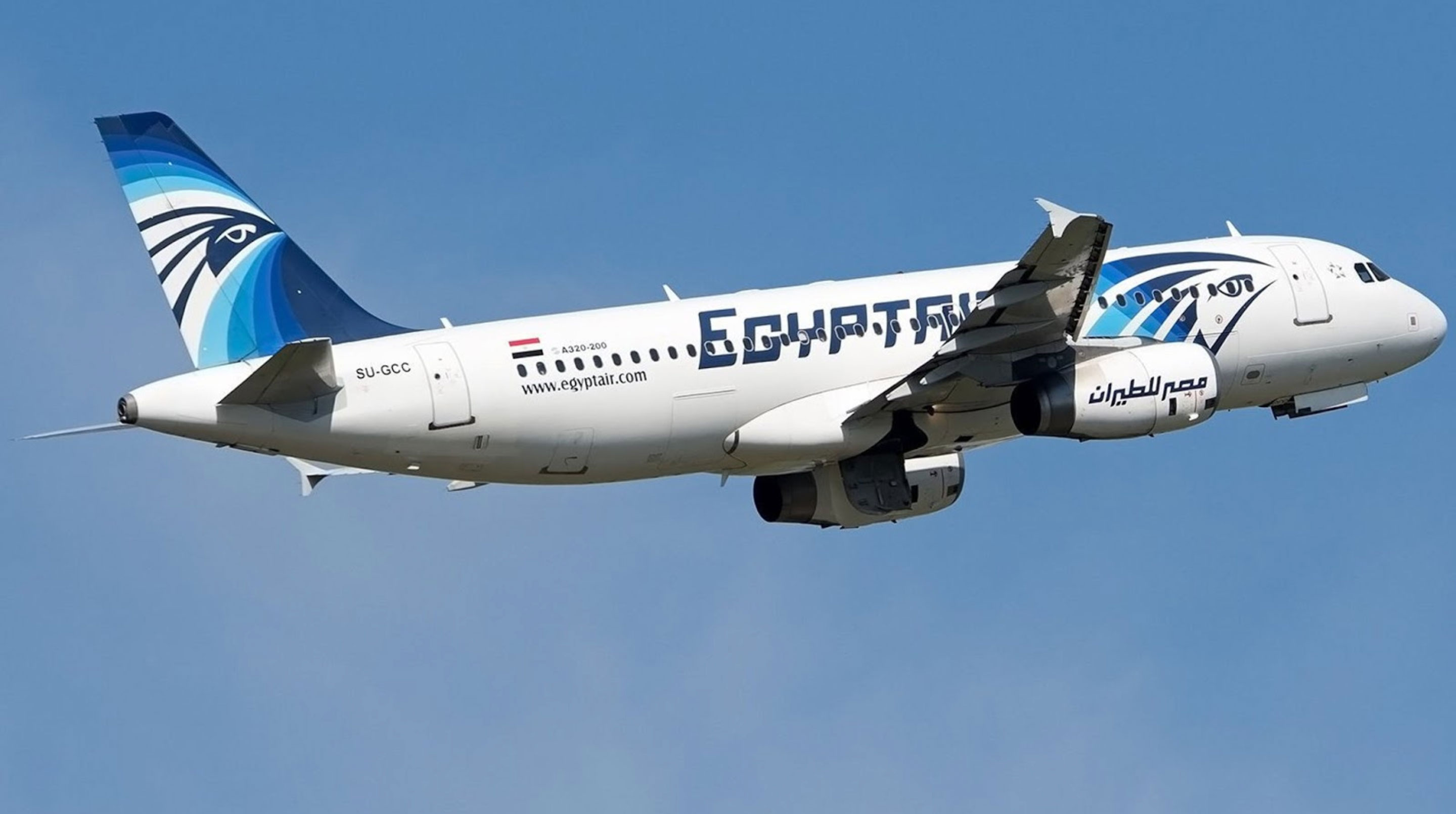 El Gouna tours representative will meet & assist you at Cairo International Airport, Transfer to hotel by private air-conditioned vehicle, Overnight in the Hotel
Cairo by night tour can be one of the best evening activities you can do in Cairo . This wonderful private guided night tour of Cairo allows you to see Cairo with the local’s Eyes. Start to see a beautiful view of the city from atop point like Mokatam hills. It is an amazing place to see Cairo at sunset. And also, you will visit Islamic Cairo and Khan el Khalili
Day 2
Cairo Day Tour (Giza Pyramids – Egyptian Museum ) start your  Cairo Day Tour to visit  Pyramids of Giza , visit The Great Pyramid of the king Cheops belong to the four dynasties, visit Chephren & Mycerinus pyramids, then drive to panorama area, take memorable photos of the three Pyramids together, continue visiting the Sphinx and  the Valley Temple , Next tour to the Egyptian Museum  including Tutankhamun treasures, Optional to visit the Mummy room, and Khan El Khalil Lunch at a local restaurant, vegetarian food available on request, Overnight in Cairo , sleeping Train in Cairo 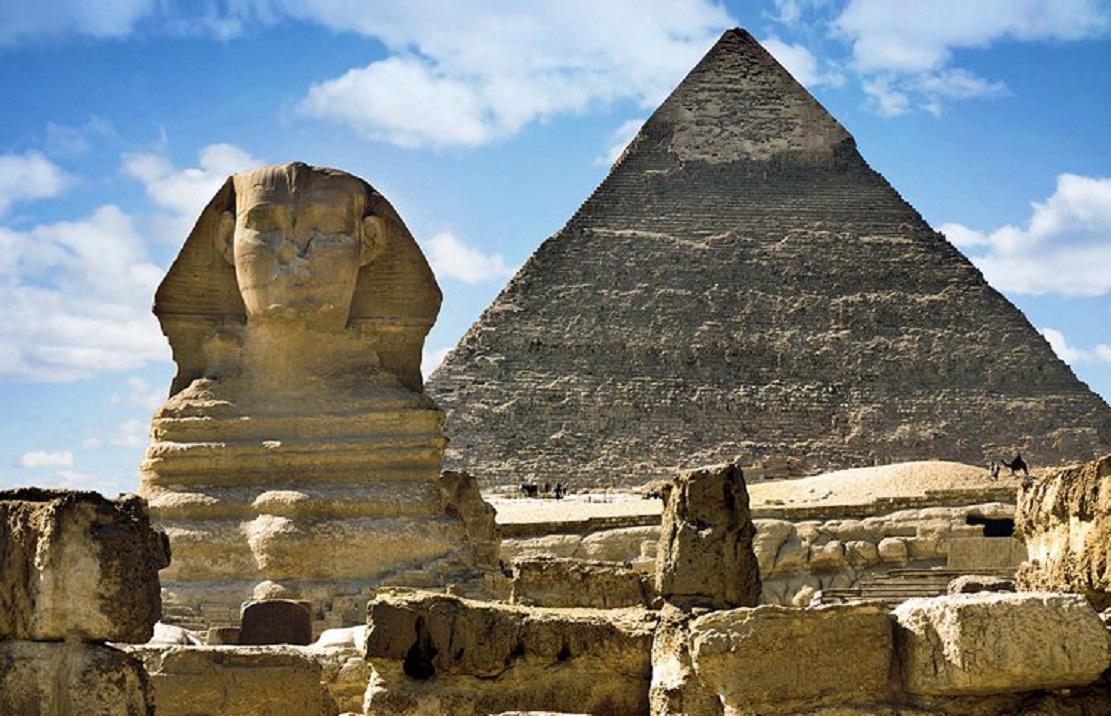 Day 3
Pick Up time from your hotel in Cairo or Giza at 08:00 am with your Egyptologist tour guide, Enjoy a fantastic orientation tour of Cairo on an 8-hour excursion that takes in the major monuments of Old Cairo and the maze of streets and stalls of the historic Khan El Khalili Bazaar. Following a hotel pick-up from Cairo or Giza, you will drive up to the Saladin Citadel, constructed by Salah al-Din on the Moqattam Hills in 1183 AD as a defence against Crusader armies. Known for its fresh air and sweeping views of Cairo , it is now a preserved historic site of mosques and museums, including the Mosque of Muhammad Ali Pasha
Designed by the Turkish architect Yousif Boushnaq, who came to Cairo especially from Istanbul to build the great building, the mosque's alabaster structure stands in beautiful contrast to the sandstone city.
Lunch will be served in Local restaurant in Old Cairo .  , sleeping Train from Cairo to Luxor
Then, visit Old Cairo to see major attractions such as the Hanging Church, the Ben Ezra Synagogue, the Church of St. Barbara, and the Church of Abu Serga, one of the oldest Coptic churches in Cairo
Continue to the Khan el-Khalili Bazaar, one of the oldest bazaars in the Middle East. Discover a maze of alleys that have been at the centre of Cairo ’s trading activities since the 14th century. 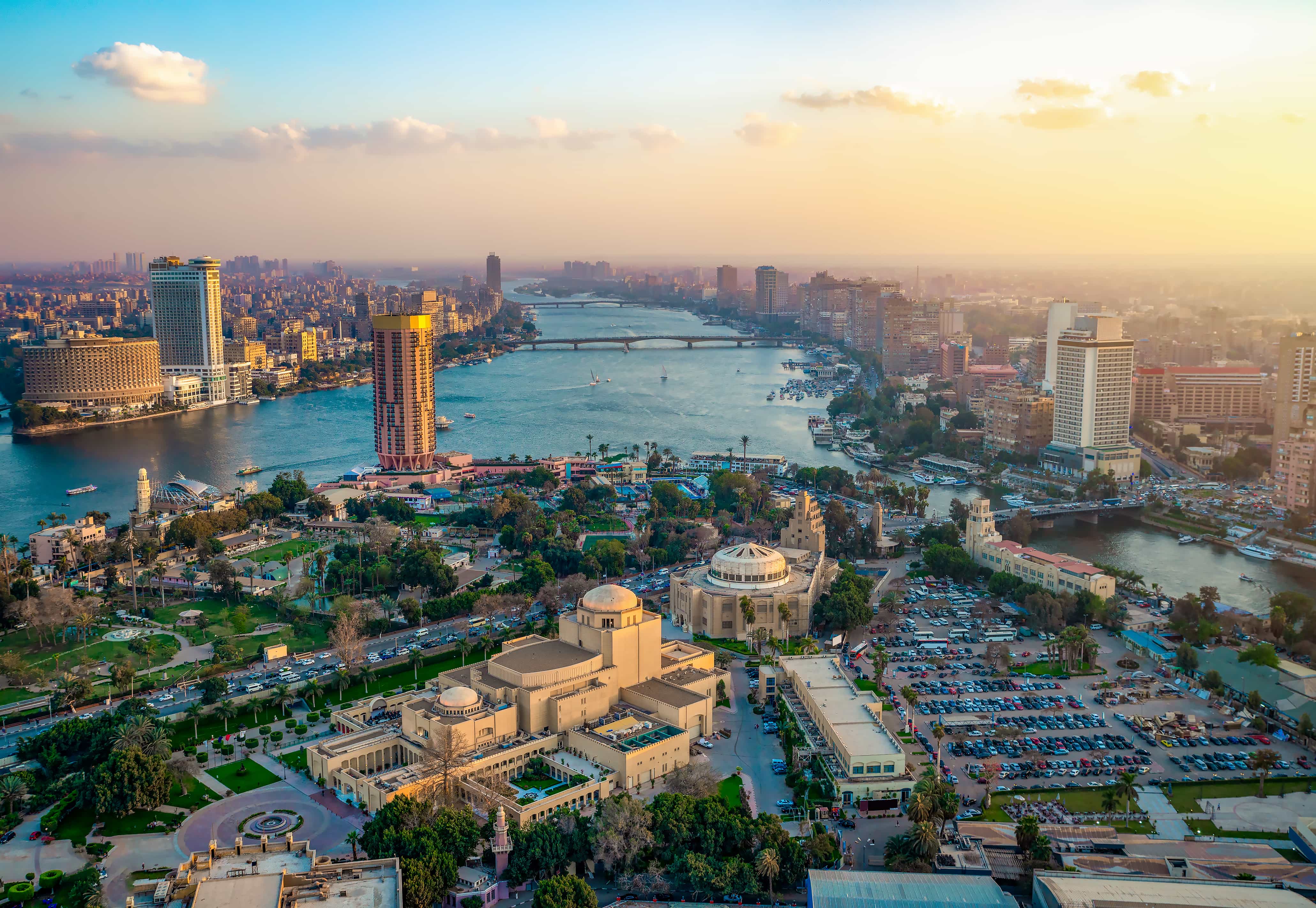 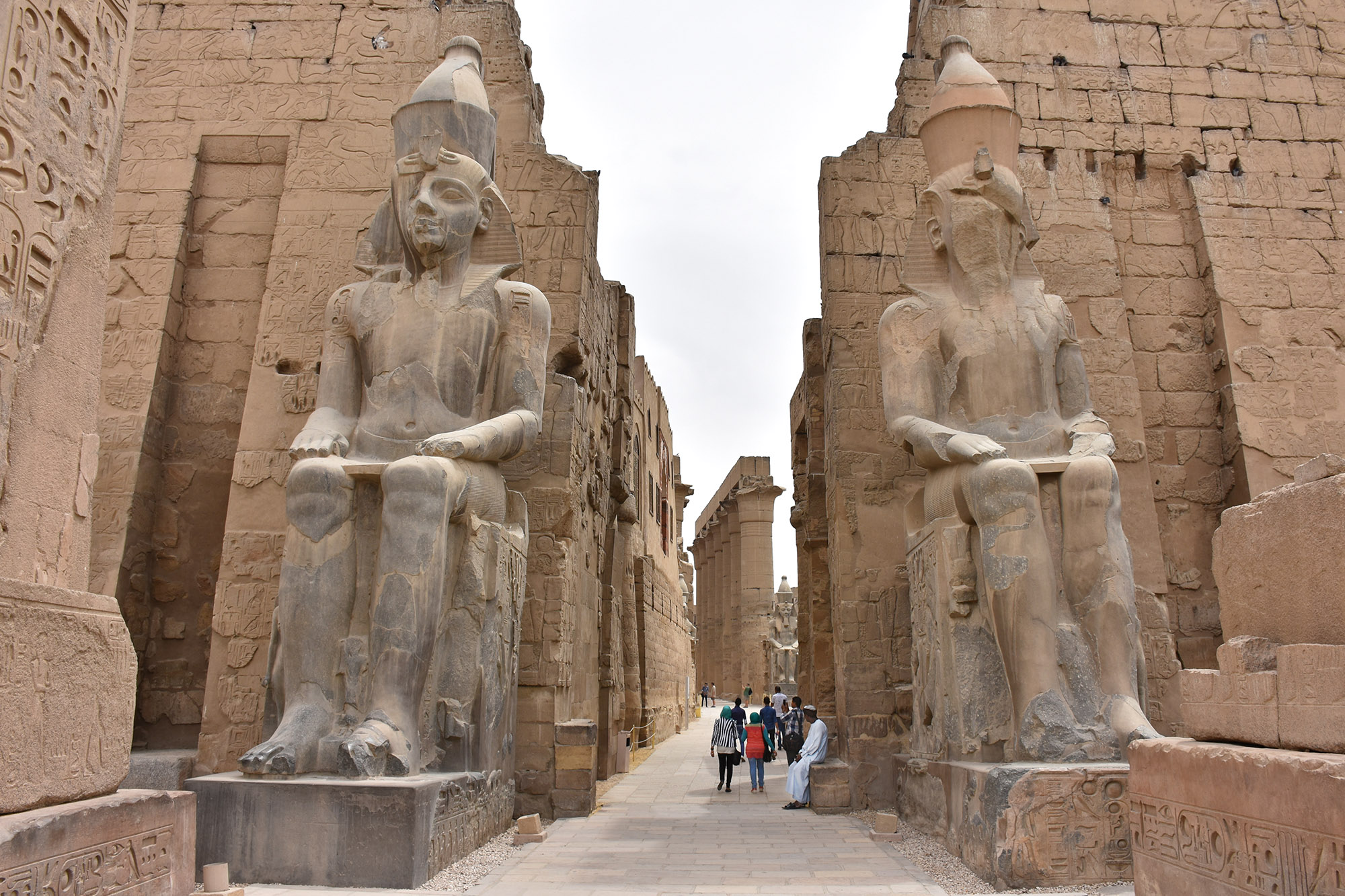 Rising out of the desert Plain, in a series of terraces, The temple of Hatshepsut  Mergs with sheer limestone Cliffs of the eastern face of the Theban Mountain as if Nature herself had built this Extraordinary monument.

Day 6
Breakfast on board the Cruise
07:00 Visit the temple of Edfu
Edfu temple

12:30 lunch onboard of the Nile cruise during the sail

Day 7
Breakfast on Board the Cruise
08:00 Proceed with Visits of Aswan including the Temple of Philae and tour by Felucca around Elephantine, the High Dam, the Unfinished Obelisk 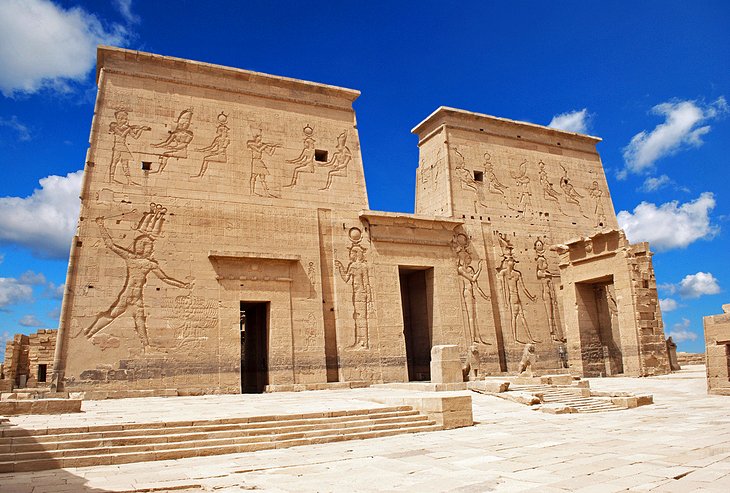 Day 8
Breakfast on board the Cruise
Abu Simbel temples 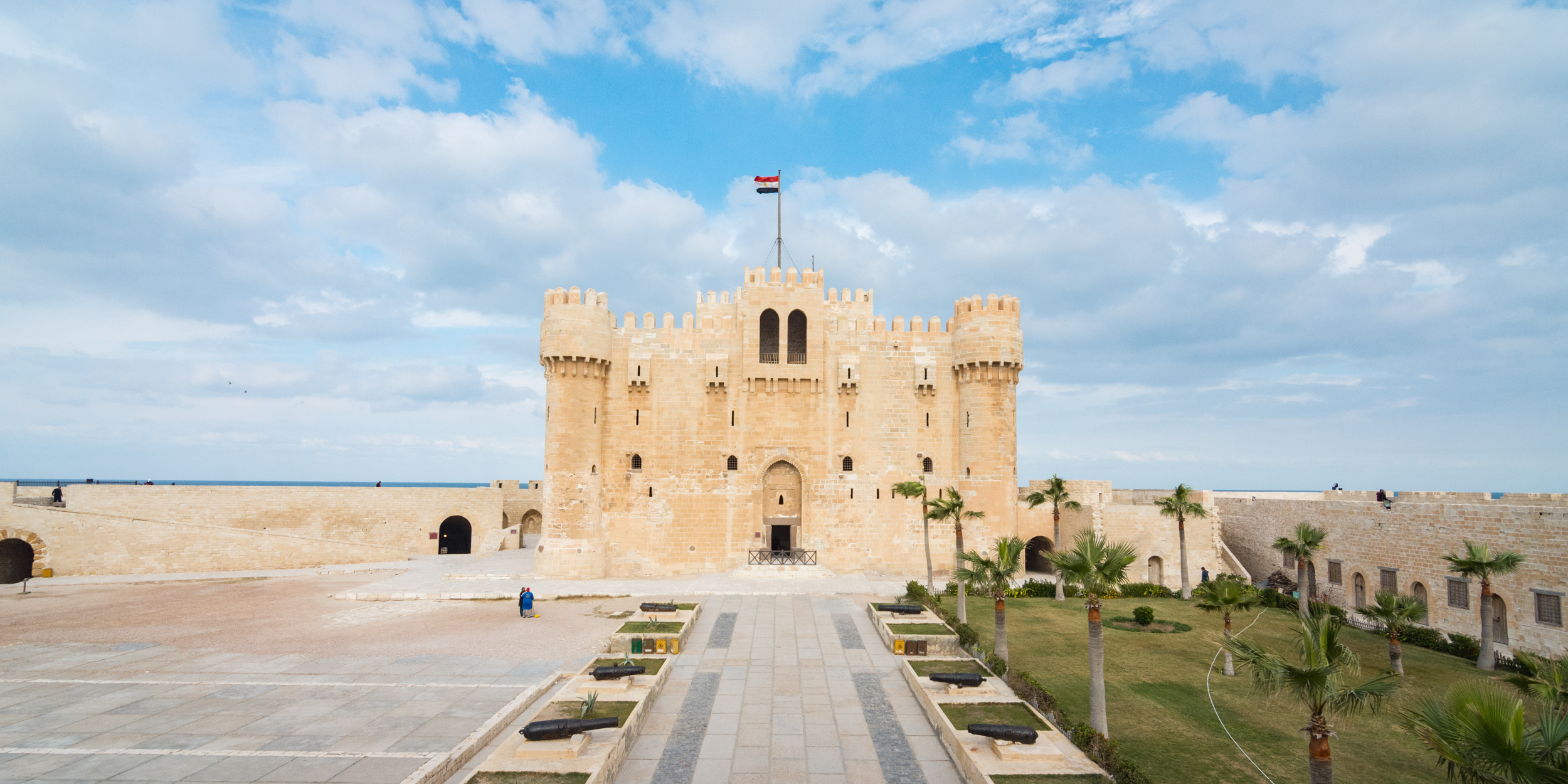