7 Days tour to Siwa oasis and Alexandria from Cairo

►❤ Day -Arrival to Egypt  -Welcome to Egypt
El Gouna tours representative will meet & assist you at   Cairo   International Airport, Transfer to hotel by private air-conditioned vehicle, Overnight in the Hotel 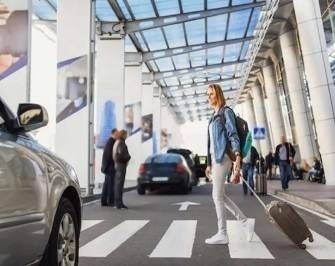 You will be picked up from your hotel in Cairo by our tour guide, to enjoy a great excursion to The  Pyramids of Giza  ( Cheops, Chephren, and Mykerinus. Then proceed to visit the Great Sphinx, which dates back to the time of  and visit   the Valley Temple
Then visit Egyptian Museum
►❤The Egyptian Museum
It exhibits a rare collection of over 250,000 genuine artifacts that date as far back as 5000 years, including an exclusive exhibit dedicated to the Tutankhamen - A collection of treasures, gold, and jewelry that were buried in his tomb for over 3,500 years before they were discovered in 1920 when his tomb was excavated. Overnight in Cairo 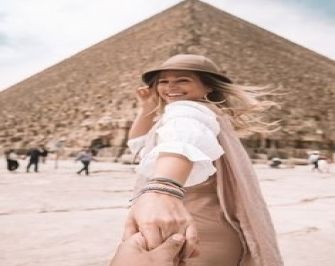 Breakfast at hotel, drive by air-conditioned vehicle to Alexandria, enjoy a day trip  in Alexandria
Start your day Tour in Alexandria Visiting The Roman  Catacombs of Kom el Shoqafa

Archaeologists believe that the Catacomb of Kom el Shoqafa was started in the 2nd century A.D. and was used to intern the dead for the next 200 years. This was a period in the history of the city of Alexandria when there was a great mixture of different cultures. Of course, there was the ancient history of the great Egyptian kingdoms which went back thousands of years

►❤ Pompey Pillar
Has nothing to do with Pompey. The story behind the name refers to the possible burial ground of the Roman general when he fled to Egypt and was assassinated after losing a major battle in Greece against Caesar. The red granite column was probably built to honor Emperor Diocletian. Today it stands 25 meters high and is the tallest ancient monument in Alexandria

►❤The Citadel of Sultan Qeitbay
The Citadel was built in the 15th Century by the Mamlouk Sultan Qeitbay, To Guard the City against the threat of Crusaders, This wonderful Islamic Monument was built by the use of the ruins of the old Lighthouse that was constructed by Ptolemy 11 in the 3rd Century B.c. The Lighthouse was damaged during an Earthquake that Occurred in Egypt in 1303 A.c during the reign of the Mamlouk King  Qeitbay
Lunch in Alexandria in Egyptian Restaurant, Fish Market-Vegetarian food available on request 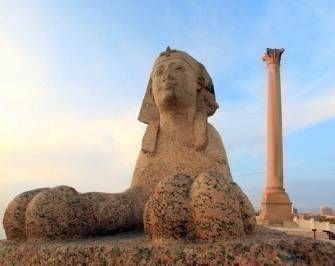 Breakfast at hotel, Drive to Alamein 60-km  visit the World war the II Museum and the war memorial

Visiting El-Alamein from Cairo to explore the field of world war 2.
The  Museum exhibits amazing stuff dating back to the second world war. El-Alamein was one of the most important fields in the Second world war .your expert tour guide will supply you with all information about it.
Explore the War Cemetery which is known as The Commonwealth Cemetery and it contains a huge amount of graves of soldiers from different countries who were killed during the second world war and buried at El-Alamein. 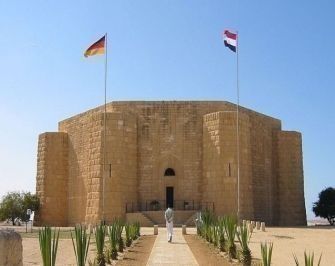 Breakfast at hotel, take a donkey-drawn cart, enjoy a tour around the city, then drive by jeep 4x4 to the Great Sand Sea, approx. 17 km., have some rest at the hot spring of Bir Wahid, back to the hotel, Discover Siwa by bike .dinner & overnight in Siwa shali hotel or similar. 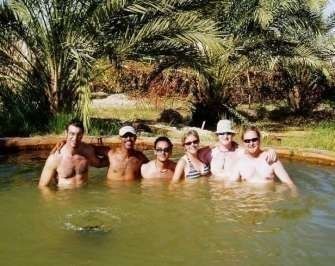 Breakfast at hotel - enjoy an excursion to visit Cleopatra’s spring, Mountain of the Dead, Alexander the Great Temple (Temple of the Oracle), then drive back to Cairo - approx. 800-km, lunch en route, overnight in Cairo. 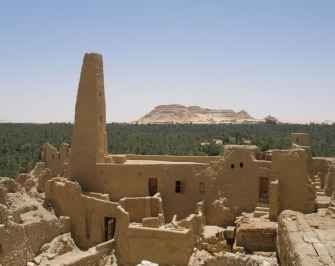 Pick Up time from your hotel at 08:00 am with your Egyptologist tour guide, Enjoy a fantastic orientation tour of   Cairo on an 8-hour excursion that takes in the major monuments of Old   Cairo and Khan El Khalili Bazaar, you will drive up to the Saladin Citadel, constructed by Salah al-Din on the Moqattam Hills in 1183 AD as a defense against Crusader armies. Known for its fresh air and sweeping views of   Cairo, it is now a preserved historic site of mosques and museums, including the Mosque of Muhammad Ali Pasha

Designed by the Turkish architect Yousif Boushnaq, who came to   Cairo especially from Istanbul to build the great building, the mosque's alabaster structure stands in beautiful contrast to the sandstone city.
Lunch will be served in a local restaurant in Old   Cairo
Then, visit Old   Cairo   to see major attractions such as the Hanging Church, the Ben Ezra Synagogue, the Church of St. Barbara, and the Church of Abu Serga, one of the oldest Coptic churches in   Cairo
Continue to the Khan el-Khalili Bazaar, one of the oldest bazaars in the Middle East. Discover a maze of alleys that have been at the center of   Cairo’s trading activities since the 14th century. After an amazing trip, You will be picked up at  Cairo  airport for the international departure 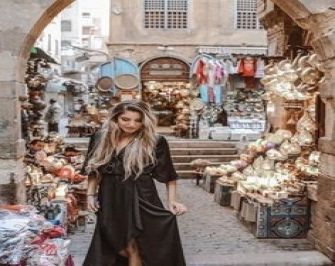 ❤ Full Payment during the trip or by Visa Card Online Via our website
Reservations should be made as early as possible to book the desired Nile cruise, spaces will be secured upon receiving a deposit of 25 %, and during the Christmas and New Year holidays, the required deposit is 50%. This deposit forms part of your final payment. Deposits can only be made by credit cards, wire transfer, and or the Western Union

►❤ Prices
Prices are quoted in Euro

►❤ Payment Policy
Reservations should be made as early as possible to book the desired Nile cruise, spaces will be secured upon receiving a deposit of 25 %, and during the Christmas and New Year holidays, the required deposit is 50%. This deposit forms part of your final payment. Deposits can only be made by credit cards, wire transfer, and or the Western Union

►❤ Tipping
It is a customary attitude for expressing one's satisfaction with good services rendered to him by staff on duty with him. We advise if you are willing to offer it, this would be great and if not, you are not obliged to do it.