Day Trip to Luxor from Makadi

the largest place of worship that was ever built. Its ancient name Ipet-it means “the most sacred of places.” The temple, or, more correctly, the complex of temples, was built more than two thousand years ago by generation after generation of pharaohs. Within the complex, the great “Hypostyle Hall” is an incredible forest of giant pillars. You will enjoy your Lunch on the way at a local restaurant in Luxor, then you will be visiting the West Bank of the River Nile to visit the two colossal statues of Amenhotep III

(Colossi of Memnon), and then you will visit the Valley of the Kings, where the magnificent tombs discovered, those tombs were carved deep into the desert rock, richly decorated and filled with treasures for the afterlife of the pharaohs, you will visit 3 tombs.

Massive  pair statues Known as the  Colossi of Memnon, Rising about 18 M from the plain, are the remains of what was once the largest  complex on the west bank, Built by Amenhotep the Third 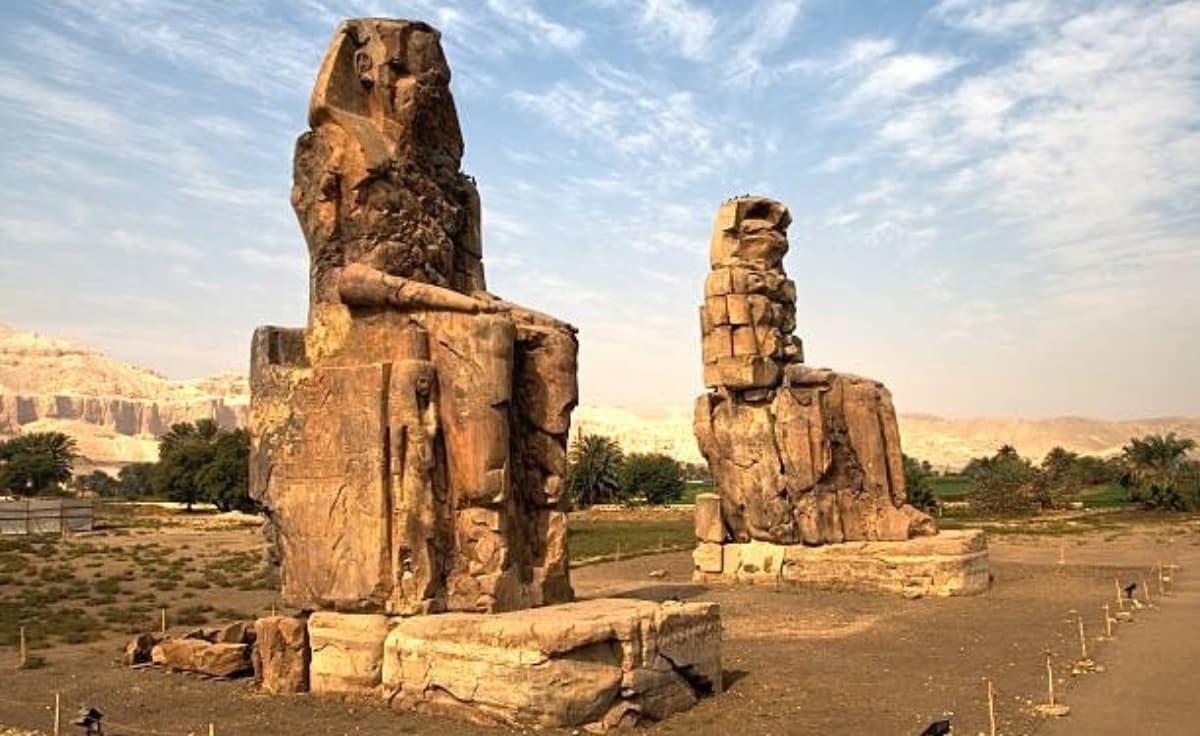 Rising out of the desert Plain, in a series of terraces, The temple of Hatshepsut Mergs with sheer limestone Cliffs on the eastern face of the Theban Mountain as if Nature herself had built this Extraordinary monument.

Later on, you will visit the Hatshepsut Temple at El Deir El Bahary, this impressive temple is dedicated to the Queen Hatshepsut the only female pharaoh who rises out of the desert plain in a series of terraces.

Know before you go

Know Before You go